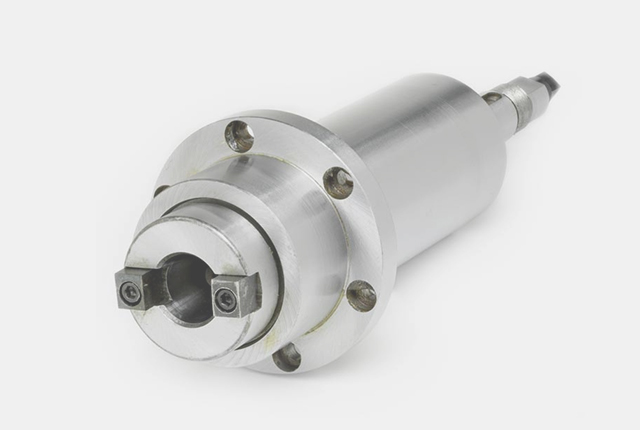 Do you know the differnece between the servo spindle and variable frequency spindle?

The difference in concept.

At present, the primary control of the FANUC system’s spindle motor has two interfaces: analog (DC0 ~ 10v) interface and digital (serial transmission) interface. The analog interface is driven by a frequency converter and a three-phase asynchronous motor; the digital interface is controlled by a fully digital servo motor. Generally speaking, the spindle driven by the inverter is the analog spindle, and the spindle driven by the servo motor is the servo spindle. Both can meet the control requirements of CNC machine tool spindles.

Control the difference in hardware.

With the development of technology in the field of automatic control, especially the continuous updating of microelectronics and power technology, the servo control system has gradually evolved from early analog control to full digital control system and its control performance with the software of the servo system hardware. There is a greater improvement. The drive components have evolved from the early thyristor SCR, high power transistor GTR, etc. to the current smart power device IPM.

In the analog AC servo system, the position control portion is completed by a large-scale integrated circuit LSI. In an all-digital servo system, both the speed loop and the current loop are controlled by a single-chip microcomputer. The design of the KANUC system is designed inside the system as part of the system control (usually called Axes Card). Position, speed, and current control are achieved.

The difference in principle.

b. The frequency converter is a power control device that converts the power frequency power source into another frequency by using the on/off function of the power semiconductor device, can realize the soft start and frequency conversion speed regulation of the AC asynchronous motor, improve the operation precision, change the power factor, and Realize overcurrent, overvoltage, overload protection and other functions. The main circuit of the frequency converter can be roughly divided into two categories: one is the voltage type, which is a frequency converter that converts the direct current of the voltage source into an alternating current, the filter element of the direct current loop is a capacitor; the second is a current type, which is a current source. The DC converter is converted to an AC inverter, and the filter component of the DC loop is an inductor.

c. The biggest problem with the inverter is that the torque drops when the inverter is low speed. Because the machine tool’s requirement for spindle operation is a constant power curve, the lower the speed, the greater the torque requirement. Therefore, the main application of the variable frequency spindle on the milling machine is medium and high-speed milling, but there is no power for reaming and boring. The way of the gear increases the low-speed torque.

d. The servo spindle is driven by the servo drive. The engine that controls the operation of the mechanical components in the servo system is an auxiliary motor indirect transmission. The servo motor can make the control speed and position accuracy very accurate. And convert the voltage signal into torque and speed to drive the control object.

The difference in application.

The frequency conversion spindle is economical, the shifting function is good. And it is easy to realize high speed and high power. It can meet most processing requirements. It is used in most CNC lathes and CNC milling machines. The speed is fluctuating, affected by the inverter U/f, and the positioning is poor. In addition, it can also perform positioning control on the spindle, and rigid tapping can also be realized. However, depending on the selected main sleeve motor and inverter, the servo spindle is certainly not good. This is mainly due to the way in which the CNC system achieves rigid tapping. The rigid tapping of the CNC system in China is mainly based on the feed per revolution, so that the speed of the spindle can be completed as long as the spindle fluctuates at the time of tapping.

True rigid tapping requires interpolation of two axes. The requirements for the spindle are the same as those of the servo axis. High response speed and acceleration and deceleration characteristics are required. The speed ratio is also required. The spindle must be at 1r/min or even lower. Working at speed. Most domestic machining centers use spindle motors with feedback encoders, high-performance inverters, and PG feedback pulse cards for precise positioning control and rigid tapping.

The high precision of the spindle is expensive, but it is expensive. Due to the high speed and positioning accuracy, it is mostly used in multi-function machining centers, CNC drilling and milling machines with special thread tapping and lathes with fine thread.