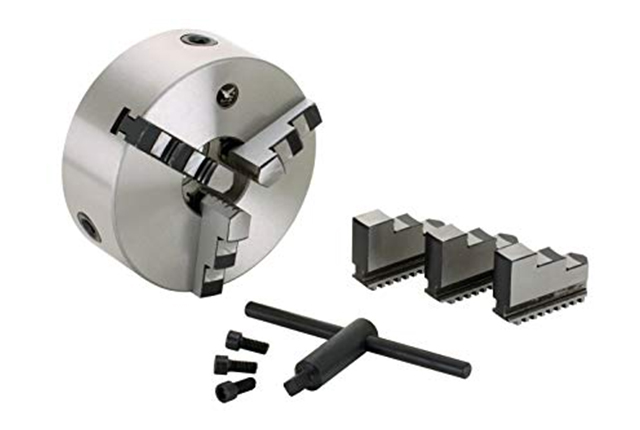 Introduction to Types of the chuck in the lathe machine:

A chuck is one of the most important devices in lathe machine it is used for holding and rotating a piece of work while performing a lathe operation.

The workpiece of short length and large diameter of irregular shape which cannot be conveniently mounted between centers are held quickly and rigidly in a chuck.

A chuck is attached to the lathe spindle by means of bolts with the back plate screwed on to the spindle nose. Accurate alignment of the chuck with the lathe axis is effected by spotting.

Types of Chuck in Lathe Machine are as follows:

Generally, chuck is divided into three jaw chuck or four jaw chuck from its structure. And according to the different clamping mode, it can also be divided into the hydraulic chuck, pneumatic chuck, and electric chuck. The following is a brief analysis of the differences between the three and their respective advantages.

Hydraulic chuck is most widely used in CNC lathe, which needs to be combined with a high-speed rotary cylinder. The loosening and clamping operation is realized through the forward push and backward pull of the cylinder, with high rotation speed. This kind of chuck has high precision and stable clamping force. However, the price is generally high.In domestic machine tools,we often use electrical chucks. The chuck has a hard clamp and high precision, but its chuck can not rotate. Because of lack of stability of the clamping force compared with the hydraulic chuck, we can not use the pneumatic chuck widely. However, because of the low price and convenient installation, many companies use this kind of chuck. In conclusion, although the economic cost of hydraulic chuck is higher, it has fast speed and high production efficiency.

So that the hydraulic chuck possess better cost performance.

That’s it, thanks for reading. If you have any question about Types Of Chuck In Lathe Machine leave a comment. Share this post with your friends.