What are the specifications of lathe machine? 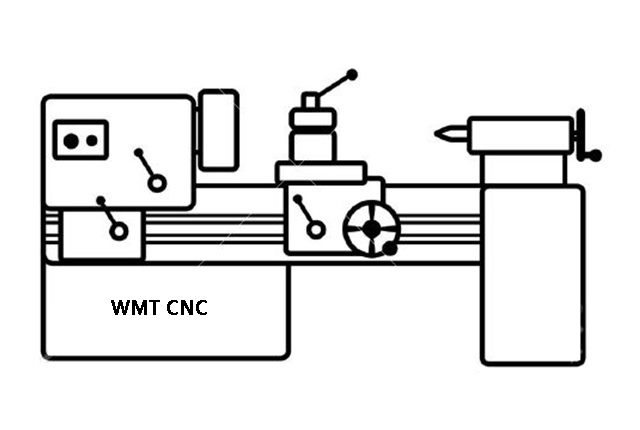 What are the specifications of lathe machine?

Lathe It is probably the oldest machine tool, stemming from the early tree lathe, which was turned by a rope passed around the work a few times and attached to a spring branch overhead. The work was supported by two dowels struck in adjacent trees. The operator’s foot supplied the motion, which was intermittent and fluctuating. The tool was held in the operator’s hand. Later a strip of wood called a “lath” was used to support the rope and hence named as a lathe. The lathe was actually the first machine tool that came into being as a useful machine for metal cutting because it permits a large variety of operations to be performed on it.

Lathe removes undesired material from a rotating workpiece in the form of chips with the help of a tool which is traversed across the work and can be fed deep in work. Lathe machine holds the workpiece between two rigid and strong supports called Centers, or in a chuck or Faceplate while the latter revolves. The chuck or the faceplate is mounted on the projected end of the machine spindle. The cutting tool is rigidly held and supported in a tool post and is fed against the revolving work. While the work revolves about its own axis the tool is made to move either parallel to or at an inclination with this axis to cut the desired material. In doing so it produces a cylindrical surface if it is fed parallel to the axis or will produce a Tapered surface if it is fed at an inclination.

Operations that can be performed on Lathe.

The most common operations which can be performed on the lathe

With the help of special attachment, operations like following can also be performed

Specifications of a Lathe