Do you really understand bearings? 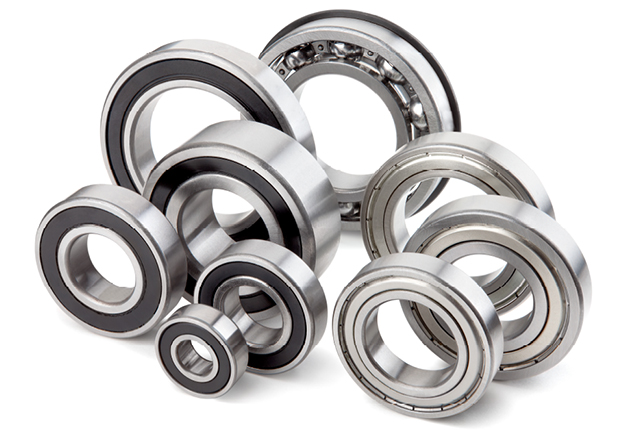 Do you really understand bearings?

A bearing is a machine element that constrains relative motion to only the desired motion and reduces friction between moving parts. The term “bearing” is derived from the verb “to bear”; a bearing being a machine element that allows one part to bear (i.e., to support) another. The simplest bearings are bearings surfaces, cut or formed into a part, with varying degrees of control over the form, size, roughness, and location of the surface. Other bearings are separate devices installed into a machine or machine part. The most sophisticated bearings for the most demanding applications are very precise devices; their manufacture requires some of the highest standards of current technology.

What are Main Types of Bearings?

Ball bearings, as shown below, are probably the most common type of bearing. They are found in everything from inline skates to hard drives. These bearings can handle both radial and thrust loads and are usually found in applications where the load is relatively small.
In a ball bearing, the load is transmitted from the outer race to the ball. Since the ball is a sphere, it only contacts the inner and outer race at a very small point, which helps it spin very smoothly. But it also means that there is not very much contact area holding that load, so if the bearing is overloaded, the balls can deform or squish, ruining bearings.

Roller bearings like the one illustrated below are used in applications like conveyer belt rollers, where they must hold heavy radial loads. In these bearings, the roller is a cylinder, so the contact between the inner and outer race is not a point but a line. This spreads the load out over a larger area, allowing the bearing to handle much greater loads than a ball bearing. However, this type of bearing is not designed to handle much thrust loading.
A variation of this type of bearing, called a needle bearing, uses cylinders with a very small diameter. This allows the bearing to fit into tight places.

Ball thrust bearings like the one shown below are mostly used for low-speed applications and cannot handle much radial load.

Roller thrust bearings like the one illustrated below can support large thrust loads. They are often found in gearsets like car transmissions between gears, and between the housing and the rotating shafts.

Bearings are used basically for performing three important tasks as mentioned below:

1. Reducing Friction
Application of a bearing, in any applications, will have one prime objective and that is to reduce the friction between moving components.

3. Providing the guide for moving components such as shafts or wheels.