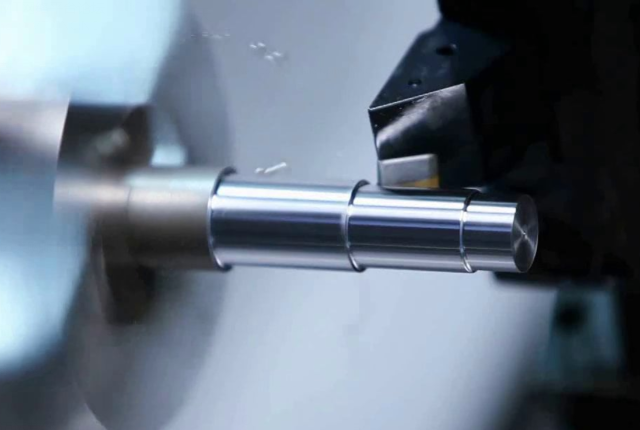 2000 years ago, the prototype of the machine tool

The reason why people evolved from apes is relying on our hands. But it doesn’t work by hand, so you have to have tools to help. The ancestors of human beings were really clever. In order to make tools more convenient to process, the woodcar lathe, the earliest prototype of the machine tool, was born. More than 2,000 years ago.

As a prototype, it is still rough, please see the following picture. When operating, use the foot to step on the ferrule under the rope, then use the toughness of the branch to rotate the workpiece, and use stone or shell as the tool, and cut the tool along the horizontal bar.

In the thirteenth century, the pedal lathe appeared.

In the thirteenth century, humans used a pedal to rotate the crankshaft and drive the flywheel, which was then driven to the spindle to rotate the “pedal lathe.” However, except that the tool is made of metal, the operating principle is exactly the same as before.

But in China, the Ming Dynasty published a strange book – Exploitation of the Works of Nature(Tiangong Kaiwu) in the same period, which recorded the techniques of the Ming Dynasty and the past. After reading it, you can know what the “Wisdom of the Ancients” is. You can look at it.

The book also records the structure of the grinder. It uses the principle of a pedal machine similar to that of the European medieval. It uses a pedal to rotate the metal disk and use sand and water to process the jade.

In Europe, a Frenchman named Besson designed a lathe for turn screws that slipped the tool through a screw rod. The lathe tool is no longer fixed in one position, but it is not promoted.

The emergence of steam engines has brought machine tools into a new era.

In 1763, the University of Glasgow in the United Kingdom hired a technician named Watt. His task is to maintain, more like a Newcomen steam engine in the repair school. A wet rope binds the parts together and it is always bad.

The Newcomen steam engine is the predecessor of the Watt steam engine. Watt has improved the cylinder section in the design of Newcomb, but one of the main reasons for the repeated failures of the development is that the tin cylinders that are manually hammered are always leaking. At this time, the appearance of Wilkinson played a huge role in the Vale steam engine. When Watt was still proud of his 3/8-inch-thick real cylinder, Wilkinson already had his own lathe. As a steel master, Wilkinson invented the barrel trampoline in 1774, which is the world’s first truly trampoline.

In order to build a larger cylinder, he also built a water wheel driven cylinder boring machine in the same year to promote the development of the steam engine. From then on, the machine tool was driven by a steam engine through the crankshaft. For machine tools and steam engines, mutual assistance has promoted common development, and an era of the vigorous industrial revolution has gone to the extreme.

In 1797, Mozley, the father of the machine tool industry, made the first thread cutting lathe. It has a screw and a polished rod and uses a sliding tool holder — Mohs tool holder and a guide rail, to turn threads of different pitches.

Then, Mozley has continued to improve the lathe. The lathe he built in 1800 replaced the triangular iron bar frame with a solid cast iron bed, and replaced the gear pair with an idler wheel instead of replacing the screw with a different pitch to turn the thread of different pitch. This is the prototype of a modern lathe and is of great significance to the British industrial revolution.

Due to the development of various industries, it is necessary to apply to different types of machine tools. In 1817, Roberts invented the gantry lathe, and Whitney from the United States made a horizontal milling machine. These two machines were deliberately applied to the parts manufacturing needs of different industries. With the development of the industrial revolution, the machine tools are also developing.

The development of CNC Machine Tools

After the end of World War II for many years, the manufacturing industry maintained its pre-war development level. The operator manually manufactures the motor bed and manufactures the machined parts according to the requirements of the design drawings. Although this kind of production method is more efficient than the steam era, the human heart can never be satisfied.

In the late 1940s, an American engineer named Parsons conceived a method of punching a cardboard card to indicate the geometry of the part to be machined, using a hard card to control the machine’s movements. Although others initially just thought about it.

Due to the complex shape of the prototype and the high precision requirements, the general equipment is difficult to adapt. The US Air Force immediately commissioned and sponsored the Massachusetts Institute of Technology to conduct research and develop the machine tool controlled by this hard cardboard.

Finally, in 1952, MIT and Parsons cooperated to successfully develop the first demonstration machine. Because of the large number of tube components, the control device is larger than the machine body.

The Age of Intelligent Machines

Even the computer has an operating system, of course, CNC machine tools are not far behind. At the EMO exhibition held in Milan in 2003, the Swiss company Mikron first introduced the concept of intelligent machine tools. Now it is said that this brand of machine tools can only be described by high-end.

In 2006, at the 26th Chicago International Machine Tool Manufacturing Technology Exhibition held in the United States, Mazak Corporation of Japan exhibited the CNC machine tool claiming to have four bits of intelligence under the name of “smart machine tool”. This step represents the future of CNC machine tools. development of.

In the 2025 China Action Plan, the intelligent CNC machine tools and basic manufacturing equipment industry are listed as one of the strategic areas of China’s manufacturing industry. Industrial transformation and development are inseparable from the work machine, but foreign countries will not easily provide us with the most advanced products and high-end technology.